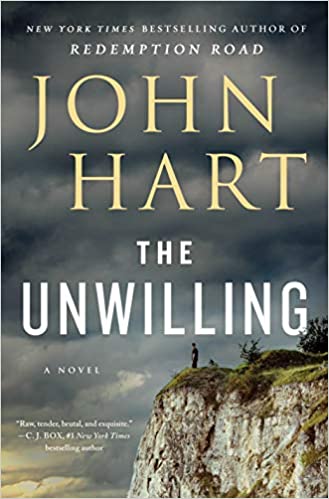 The Unwilling, a crime drama set in Charlotte, North Carolina during the Vietnam War, is an intense, yet very raw and personal read. The novel, by John Hart, is paced extremely well, vividly descriptive, and really brings the troubled characters to life. The novel begins near the end of Gibby French’s senior year of high school. Eighteen years old, and with the war still raging in Vietnam, Gibby has already lost an older brother in combat, and had another brother come home scarred from war and just out of a stint in prison. The story that follows is riveting and dark, but there is a real beauty in how Hart unravels the layers of the characters and really brings out the core dilemmas they face as they work through love, loss, and loyalty under extreme stress.

As Gibby, his war-hero turned junkie brother Jason, and his police detective father deal with the fallout of a day at the lake gone horribly wrong, the divides between them become very apparent. They are forced to decide if the difficult path of working together to get through real struggles is worth the chance of bringing them back to a semblance of a family. Hart expertly guides his readers through the tight story in a very satisfying way that almost makes it too easy. Take your list of books that you want to read and put The Unwilling at the very top. You won’t be disappointed!